Why a buy-sell agreement is vital in business

Even the closest business partnership needs a buy/sell agreement in place. Use this expert guide to protect everything you and your partners have built.

Sam and Dave were best mates who started a car dealership. Yet, when one of them died, their lack of a formal agreement led to a painful dispute and eventual financial ruin.

If you’re a small or medium business owner and in a partnership, you may not have thought about the implications of a partner’s death or disability. After all, it’s not the happiest of subjects. Yet a little bit of forethought on how your business could keep going if this was to happen could save a lot of heartache. 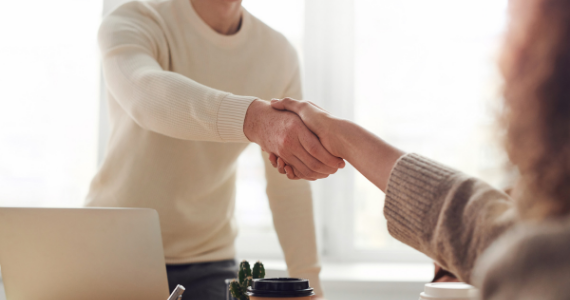 A buy/sell agreement is worth the awkward conversation. A critical agreement that sets out how ownership is transferred to other business partners should tragedy strike, it ensures that beneficiaries of the deceased person’s will – usually their family – will be paid for their share of the business, saving them additional trauma at a very difficult time.

Surprisingly, many businesses do not have one, which can lead to all sorts of unforeseen problems. Let’s look at Dave and Sam as an example.

Dave and Sam were great friends. That’s why, when they started a car dealership together, they thought there was no point in having any kind of formal agreement. Nothing could go wrong, right?

When Dave passed away, Sam decided to honour a verbal agreement they’d had to pay Dave’s wife a salary, even though she wasn’t working in the business. He did this for five years until Dave’s wife died too.

At this point, Dave’s half of the business went to his three children. They had no interest in being in the business, so Sam said he’d buy them out at a price he’d verbally agreed with Dave – $1.5 million. However, since this agreement had been made over five years earlier, Dave’s children got their share of the business independently valued at $2.5 million. Sam said he could not afford to pay that without mortgaging all his assets.

The children appointed an independent director, who refused to pay Sam’s salary, saying it was too high. The independent director also raised the possibility of reporting him to the ATO for paying Dave’s wife for five years and claiming it as a tax deduction when she didn’t actually work in the business. In the end, Sam paid Dave’s children $2.2 million for their share of the business, plus all the legal fees.

How would having a buy-sell agreement have helped?

There are three main ways a buy/sell agreement would have helped in this situation:

Let’s look at these in more detail.

First, a valuation. Putting a dollar figure on a business is not straightforward. Fixed assets, like the land the car dealership is on, are a lot easier to assign a value to than intangible assets like goodwill and future earnings. In the case of Sam and Dave, the ambiguous and outdated $1.5 million valuation was a key source of dispute.

“Often, the worth of a business depends on who is asking,” says Jeff Baldwin, one of MLC Advice’s Head of Advice Experience Centres. “That’s why I advise people not to put a fixed price on a business, but instead a methodology.”

This methodology could include things like valuing a business as a multiple of revenue. That means the more money the business makes, the more it is worth. Within this methodology can also come considerations like whether it’s a 50/50 partnership, or whether one owner has put more cash or effort into growing the business. It’s likely that had Dave’s children seen there was a fair methodology for the valuation, they would not have felt the need to mount a challenge.

Next, a buy-sell agreement would have made the succession simpler and cleaner by ensuring Dave’s children never became involved in the business. Instead, following Dave’s death Sam would have become sole owner of the business right away and Dave’s family would have been paid a fair amount in return. In particular, this approach would have avoided the complicated arrangement of paying Dave’s wife that could have got Sam into trouble with the ATO, Baldwin says.

Thirdly, proper insurance would have given Sam the necessary funding. This type of insurance is called ownership protection. It functions similarly to life insurance; if one business partner dies, the other gets paid out, Baldwin explains. Had the car dealership owners had this, then Sam wouldn’t have had to worry about mortgaging his assets to buy out Dave’s kids.

A buy/sell agreement should be put in place at the beginning or in the early stages of the business partnership, and regularly updated.

“I would say review once a year,” Baldwin says. “Although if you have a solid methodology for valuation, it doesn’t have to be a full review. At least look at whether your insurance is still adequate, and if there’s been any changes like the establishment of a family trust.”

While a lawyer will ultimately put the document together, the complexity of the situation means it’s often best to get all your advisers across the agreement, Baldwin says.

For example, a solicitor can draft the document. A financial adviser can work with the solicitor on getting the best insurance in place and also look at the bigger picture of the client’s finances and retirement plans. And an accountant will be able to take care of tax and trust structures.

3. Decide how much insurance you need

Instead, Baldwin says, think about how much payout you need. For example, if you received a payout of two-thirds of the value of the business, would you be able to manage the rest with a bank loan?

Once you have followed these steps and have a solid buy/sell agreement in place, you will have peace of mind, knowing that the business, your partners and your loved ones will be taken care of should the worst ever happen.

If any financial products are referred to in this communication, you should consider the relevant Product Disclosure Statement or other disclosure material before making an investment decision in relation to that financial product. Past performance is not a reliable indicator of future performance. The value of an investment may rise or fall with the changes in the market.

Any tax information provided in this communication is intended as a guide only and is based on our general understanding of taxation laws. It is not intended to be a substitute for specialised taxation advice or an assessment of your liabilities, obligations or claim entitlements that arise, or could arise, under taxation law, and we recommend you consult with a registered tax agent. 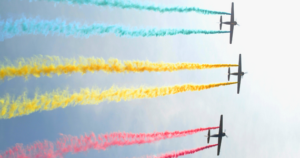 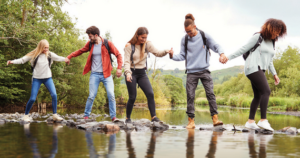